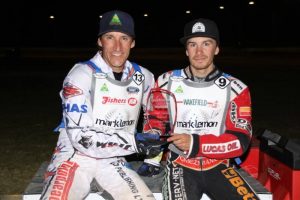 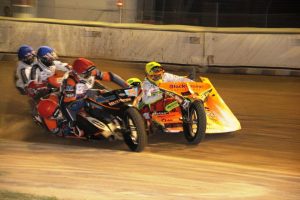 Solo International Tungate has a wealth of overseas expecience racing for the Belle Vue Aces in England and Lodz in Poland. Tungate has tasted Australian… Champpionship round success winning rounds at Gillman and Kurri Kurri plus Tungate won the Mark Lemon Farewell here at Olympic Park so he will be facncing his chances of taking out the GT Windscreens Phil Crump International Solo Trophy againist the World’s best in Jason Doyle.

Shane Hudson will have a new passenger this season with Cam Bell stepoping up to swing with the Sydenysider. Hudson has a great record at Olympic Park having finished 3rd in the 2016 Australian Sidecar Championship plus being a regular A Finalist in a host of sidecar events in Mildura. Hudson will be looking to make a early statement in the Sidecar Scene by taking out the Inagural Gates Sidecar Cup.